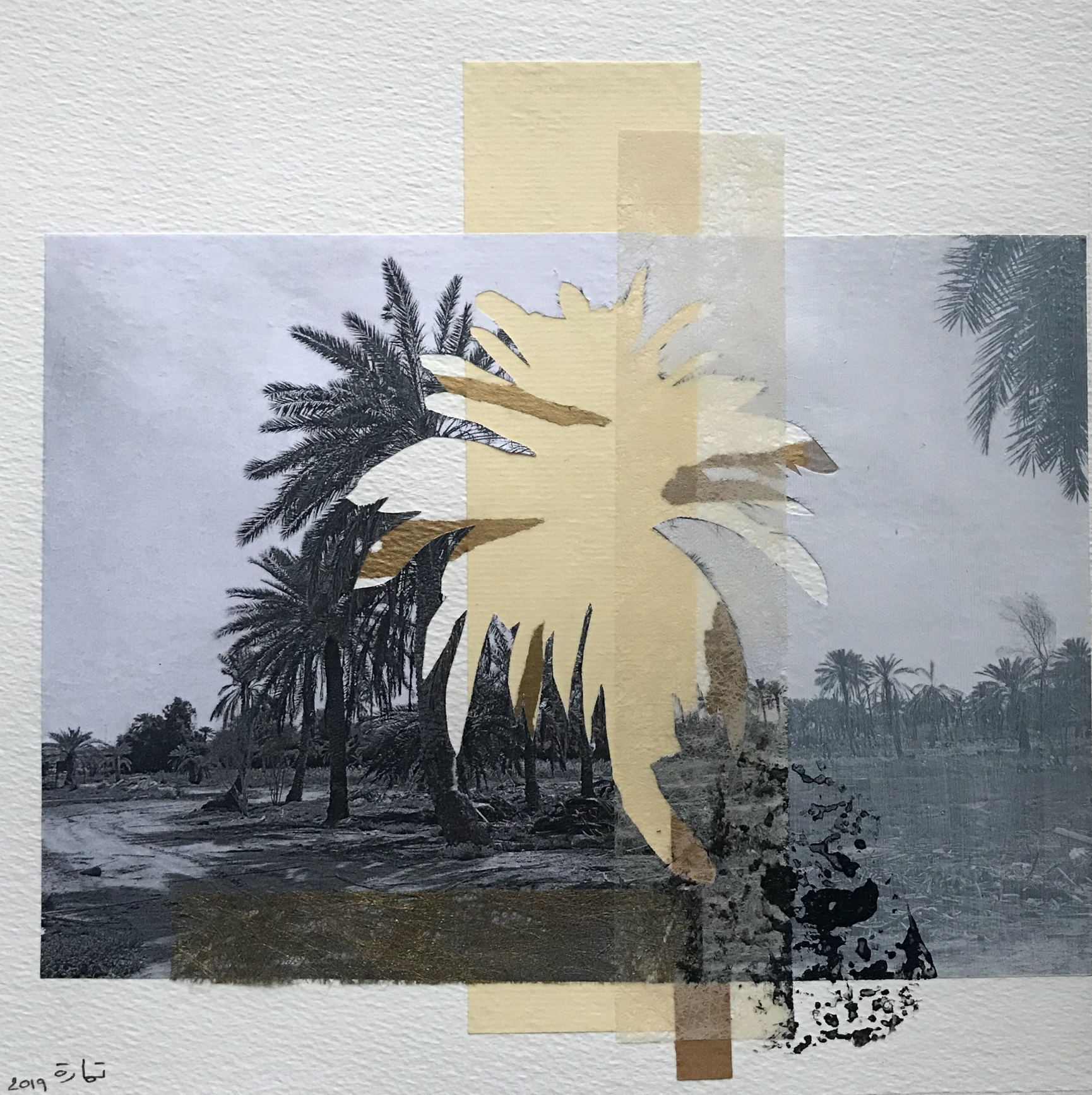 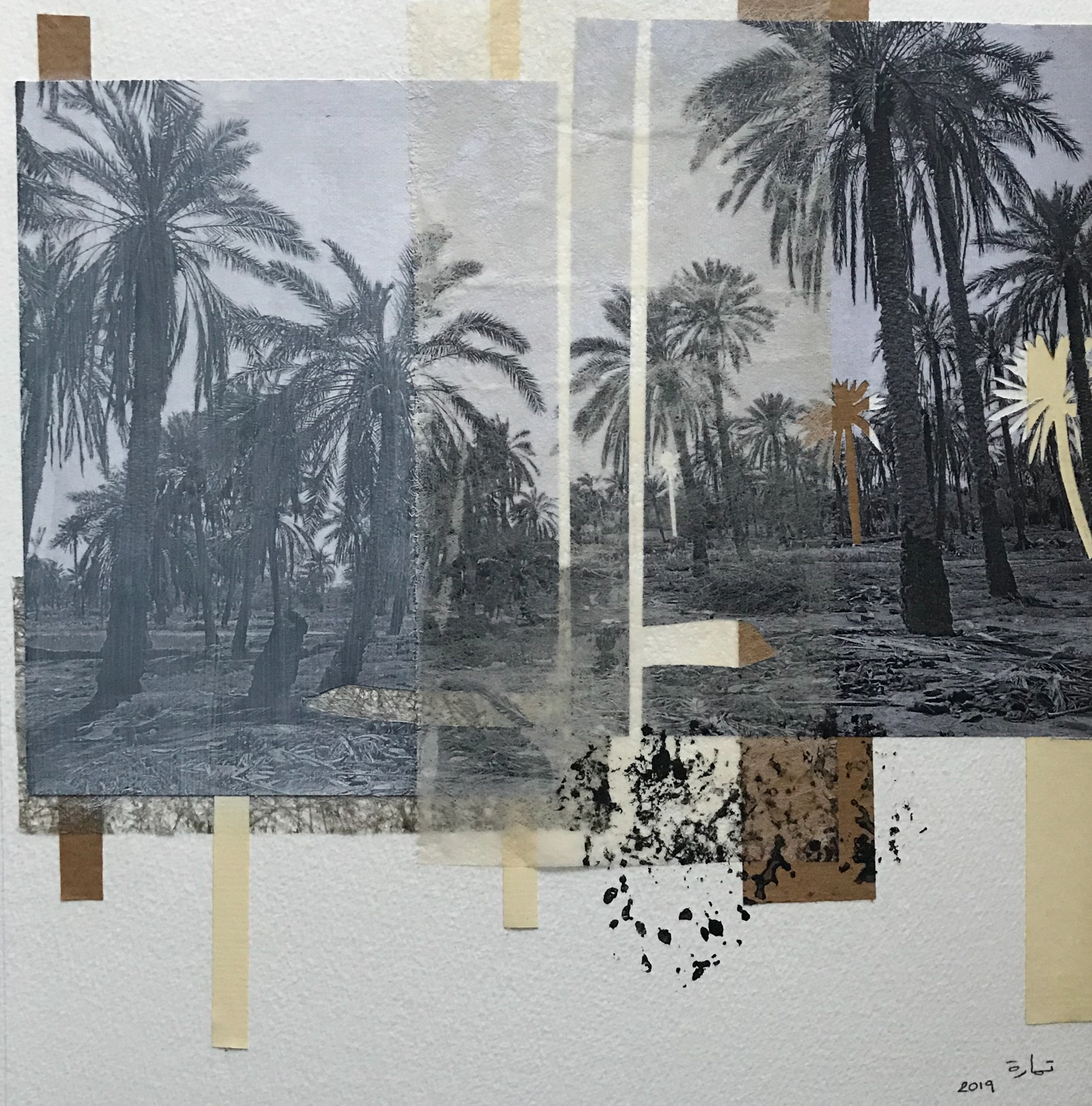 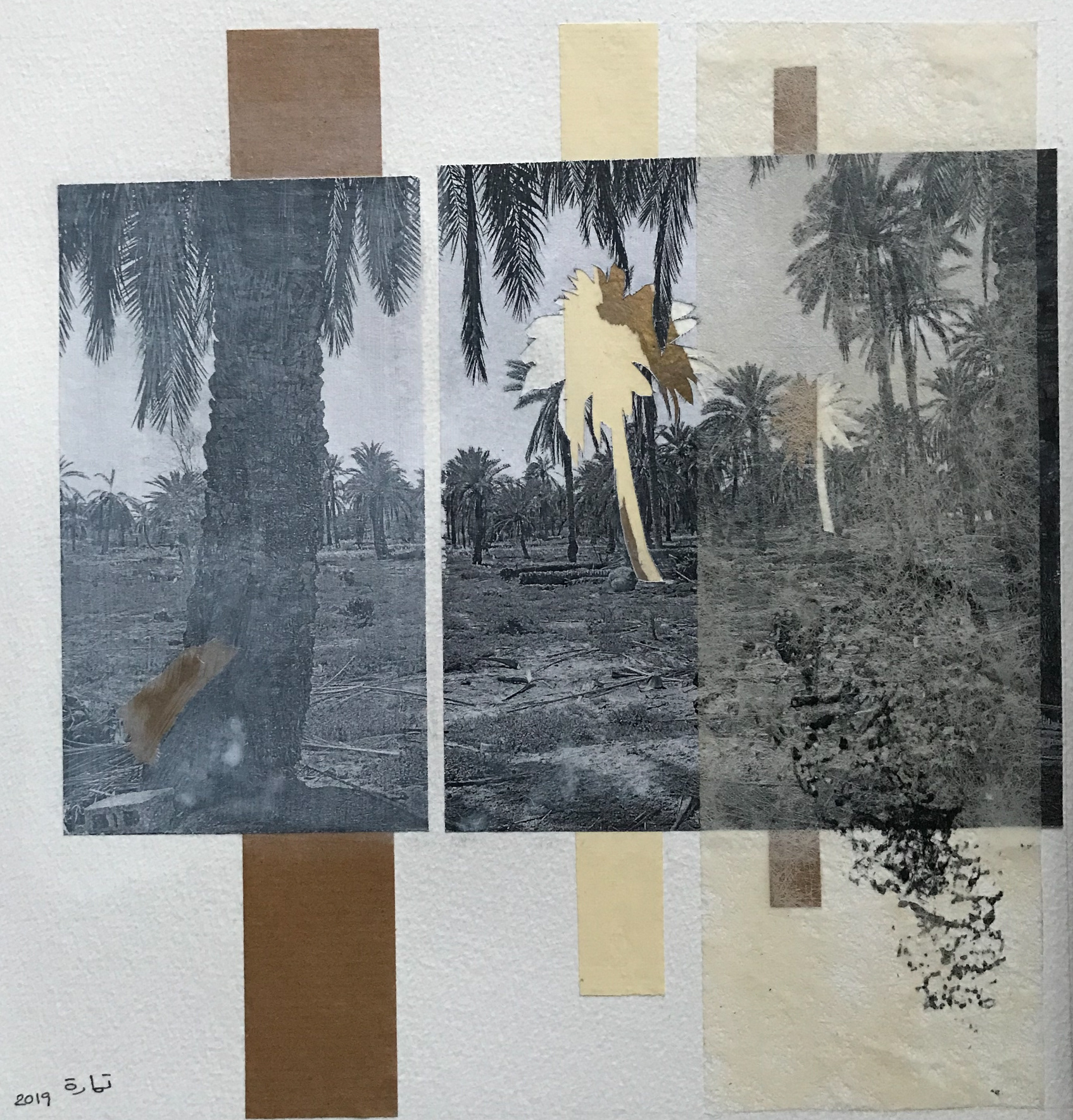 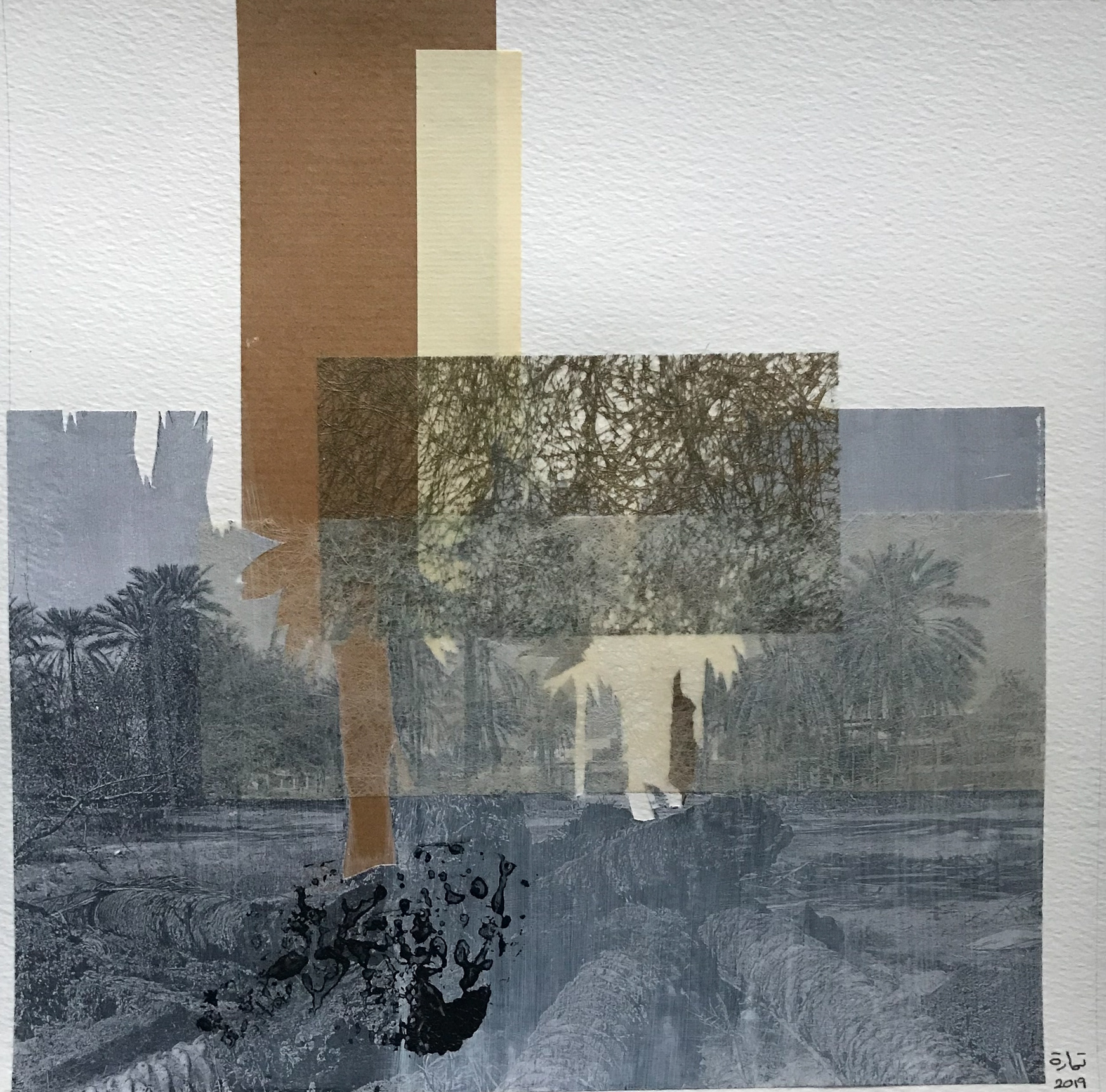 29 x 29 cm, Mixed media collage series
2019
They say when a Muslim says ‘Subhan Allah al3atheem wa bi 7amidah’ a palm tree is planted in heaven.
The beautiful and bountiful Arabian Date Palm tree is symbolic, not only in Middle Eastern culture, but historically through many cultures, representing peace, victory, and eternal life as well as having associations with paradise. Once sacred, in Mesopotamian religions, it signified immortality in ancient Egypt.
Past stories of Bahrain as the garden of Eden, bring visual imagery of lush green palm groves extending far beyond the eye can see. Due to several reasons, modern day Bahrain some controllable and some not, such as – profiting from land, urbanization, land reclamation and movement away from water sources, and destruction caused by the red palm weevil, Bahrain’s natural palm reserves have dwindled enormously in a short span of time.
The short series of mixed media works include photographs from a neglected palm tree grove that is now half gone and replaced with concrete buildings. It is an ode to revive our heritage, hoping we have the long-term vision to make Bahrain a green paradise again.

‘Yes, but I’m not furniture’

Cut & Paste
↑Back to Top